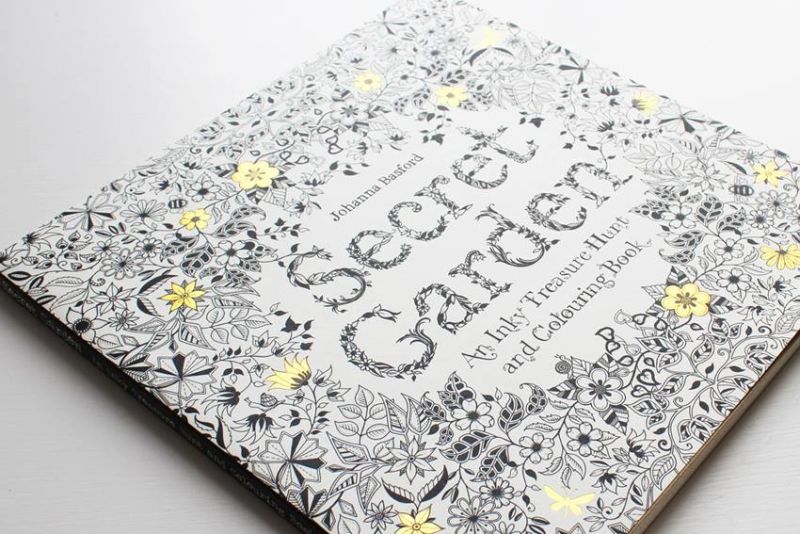 Amazon's Top 100 book list changes hourly, but there are a few mainstays right now: All the Light We Cannot See, of course, and the unreleased Go Set a Watchman. Oh, and two coloring books for grownups.

An artist named Johanna Basford pretty much owns two slots of the top seven books on Amazon, next to household names like Erik Larson and the omnipresent Dr. Phil. But Basford's books aren't novels—they're collections of black-and-white drawings. The artist, who graduated from design school in 2005 and is based in Scotland, has turned her lovely ink drawings into coloring books "for grownups." And they're wildly popular, selling millions of copies. 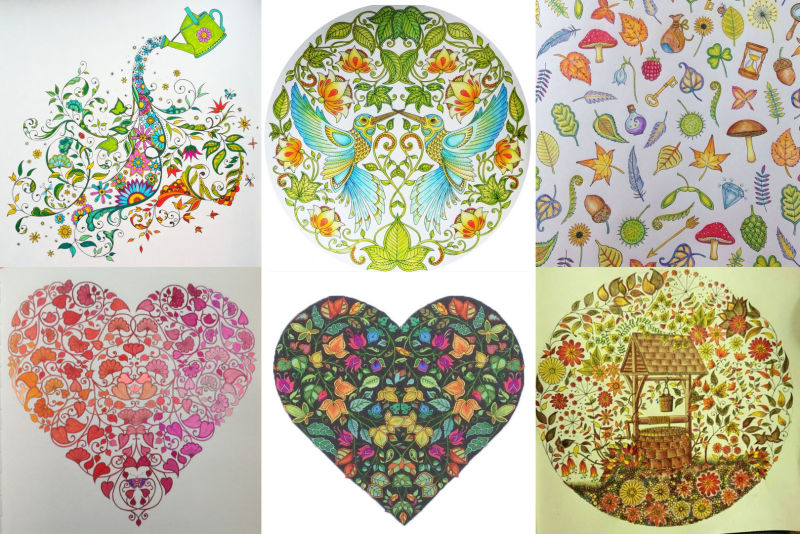 If you're like me, you didn't realize coloring for adults was a trend. What is it about these books that has made them so popular with adults? Basford told me that when she first pitched publishers the idea of a grownup coloring book four years ago, "colouring for adults wasn't the trend it is now. You can imagine how quiet they went after I suggested it."

But the book she ended up drawing has become a phenomenon: 2013's Secret Garden: An Inky Treasure Hunt and Coloring Book is currently #2 on Amazon's Top 100 and has sold 1.4 million copies. The followup, Enchanted Forest: An Inky Quest & Coloring Book, is #6 right now. She's working on a third. Why is coloring suddenly, according to MarthaStewart.com, a craze amongst grownups?

For starters, The Guardian calls them "terribly therapeutic." User reviews on Amazon give us a glimpse, too:

Still, that doesn't quite explain what motivates adults to color rather than, say, draw or paint or just doodle. Is it about nostalgia? Or do stressed-out adults feel comforted by the infantilizing nature of returning to an activity for small children? Is it about ceding control of a task, or making something with zero pressure? Or is it something else entirely? 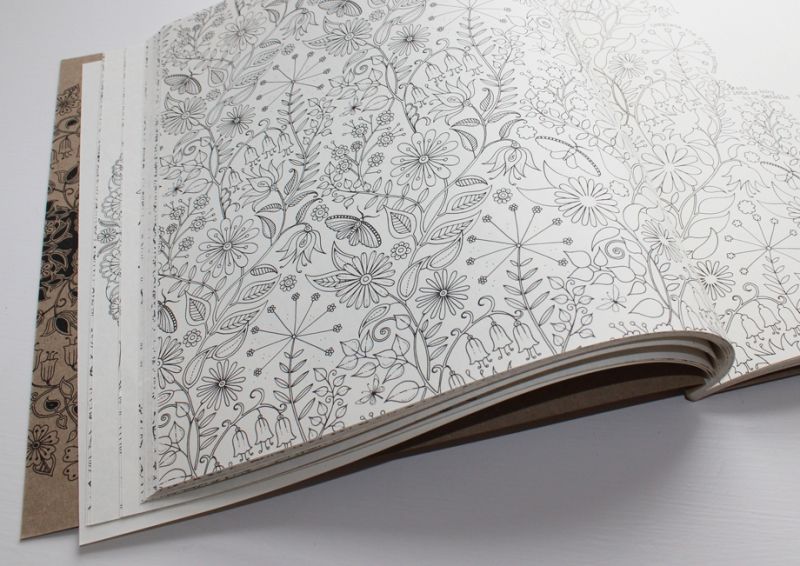 I asked Basford why she thinks the books have been so successful amongst fully-grown humans. She pointed to three reasons—first, that coloring books are a way for adults who don't normally draw or paint to be creative. "A blank sheet of paper or an empty canvas can be daunting, but a colouring book acts as a bit of a buffer in this situation," she says.

Second, coloring books don't require anywhere near as much logical thought as, say, drawing a portrait. There are psychological benefits in zoning out, too:

I've heard from so many people ranging from lawyers, financial advisers, business owners and busy mums, all say the same thing: that colouring in helps them relax. Then there's people who are recuperating from illness or dealing with a difficult time in their lives, they too find the calming, almost meditative effects of colouring is beneficial to them.

And then there are the existential reasons. "Chances are the last time you spent some time colouring you didn't have a mortgage, a horrible boss or a worries about climate change," Basford says. 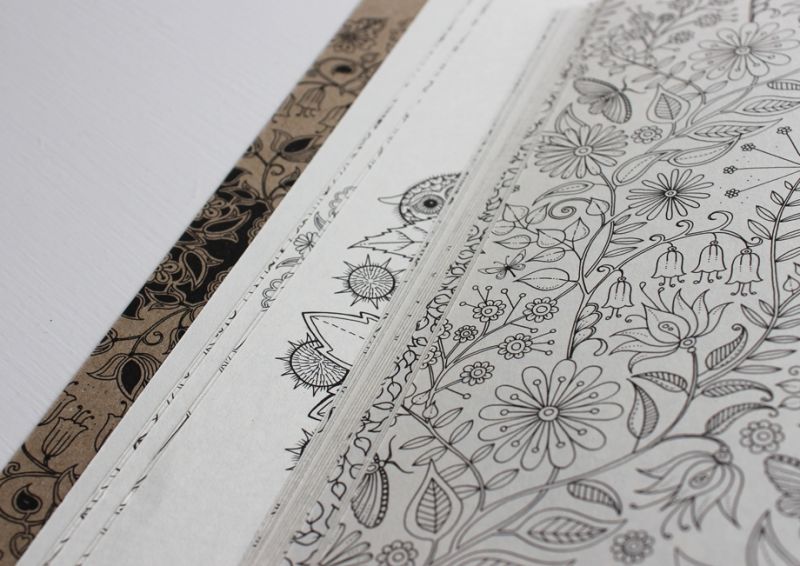 What's so striking about Secret Garden and Enchanted Forest is that they've managed to stay at the top of Amazon's best seller list as physical books, alongside instant gratification vehicles that can be instantly downloaded and read. Basford hears that too: She points out that her books are an activity that can be done without the help of your wifi router. "It's a chance to unplug, look away from the screens and do something analogue and fun," she says.

There's a game some of my friends like to play: What would you do if there was no internet? What would entertainment be? What would you do for fun, or to relax? It's a horrifying idea for most of us, but as people chew on the question, they get excited. Just "doing nothing," for most of us, means scrolling through Instagram or checking an app, even if it's via the couch. Maybe Basford has plugged into a vast and unacknowledged desire to really, actually do nothing—to let the liminal brain take over, without the murmur of technology as an ever-present cognitive buffer.

Or maybe it's a viral trend. Suit yourself.

You can check out either book—Secret Garden: An Inky Treasure Hunt and Coloring Book and Enchanted Forest: An Inky Quest & Coloring Book—on Amazon, or see more of Basford's work on her website. 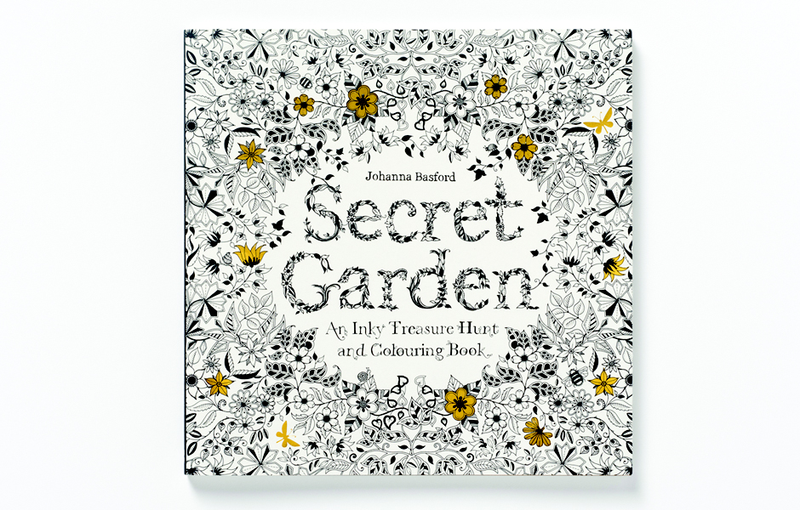 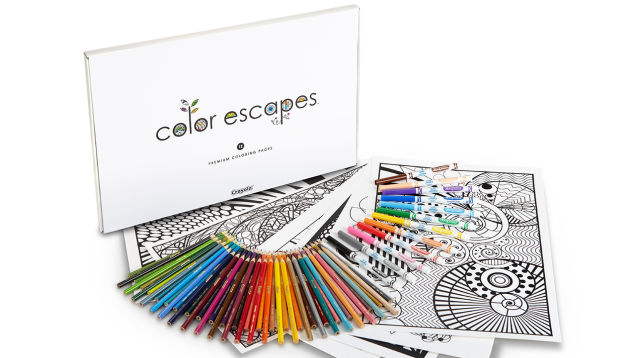 Crayola has always been the first name in coloring innovation, so it's surprising it wasn't the company behind the recent trend in adult coloring books. But now it's showing everyone how it's done with its own line of wonderfully-detailed coloring books targeted at those who are already masters of staying within the lines.
Original link
Andrew Liszewski
at
Toyland
Coloring Books: Not Just for Kids Anymore 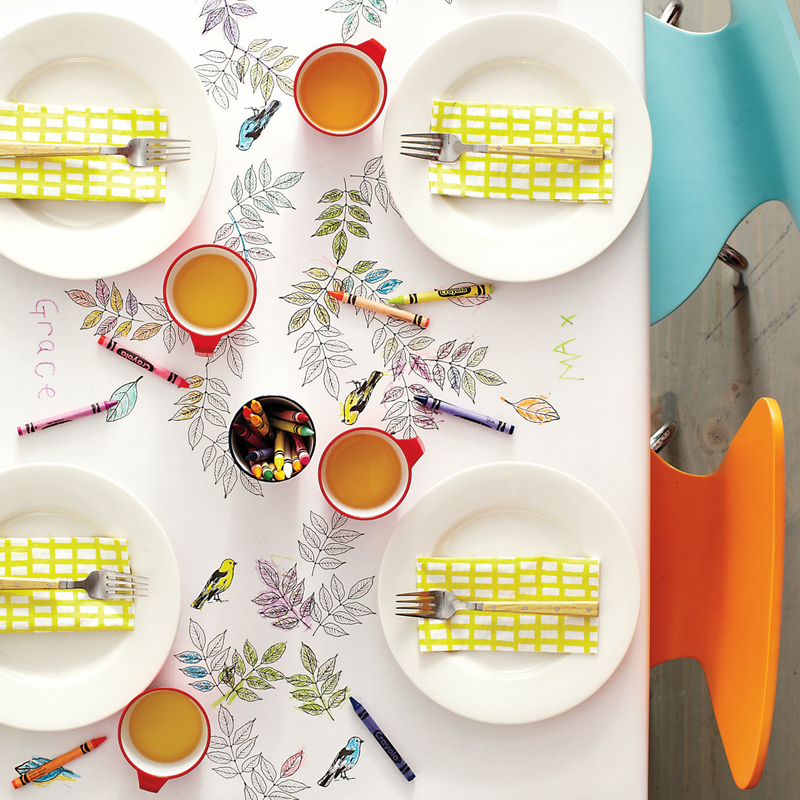 Coloring is one of my happiest childhood memories. When I was small, a great Saturday afternoon was spent with a box of sharpened pencils, crayons worn down to the nub, and a fresh book. There, you would find me lying belly-flopped on the kitchen linoleum with materials sprawled out around me, scribbling furiously inside the outlined illustrations.
Original link
Alexandra Churchill
at
Martha Stewart

Enter your email and we'll send you reset instructions